The temperature peaked in the low sixties and the wind was not as strong as the last couple of days. It was overall an OK fall day. If the sun broke through the clouds for a longer period of time, it would have been a great day. Most of the day was dull with cloud cover. 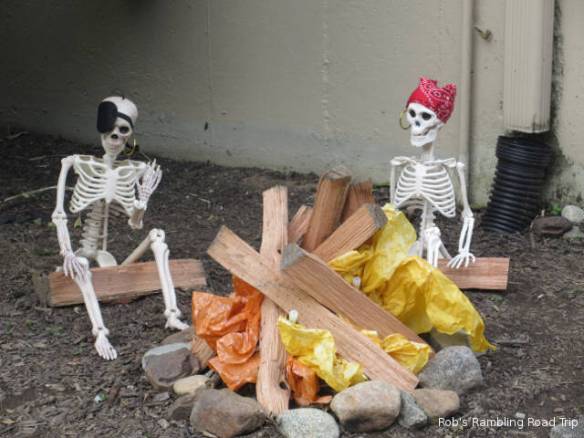 One of campground decorations put up by the staff.

This was the first of two Halloween weekends at the campground. Most of the campsites and cabins were full with families here to celebrate the holiday. Campers came prepared to decorate their campsites. There were several cemetery scenes complete with tombstones and ghosts. Others went with inflatable pumpkins and ghouls. The decorations told the kids that the residents were participating in the candy give away this evening. They were also judged for the best site decoration.

Beginning of the Halloween Parade.

Many of the kids and adults were in costume for a Parade that started late this afternoon just before the trick or treating began. The ranks of costumed kids grew as grand kids and cousins arrived to participate. I saw many pirates and stuff animal costumes with a few superheros thrown in for good measure.

In addition to watching the Halloween celebration and walking around the campground I’ve been getting ready to move on tomorrow. I’ll be relocating down to the Cape Cod canal for the next week. All of the loose stuff outside has been put away and some of the inside packing is complete as well. In the morning I’ll need to dump the tanks and disconnect the utilities outside and get the rest of the stuff packed inside. It will be a short travel day, but I still need to get everything stored away. 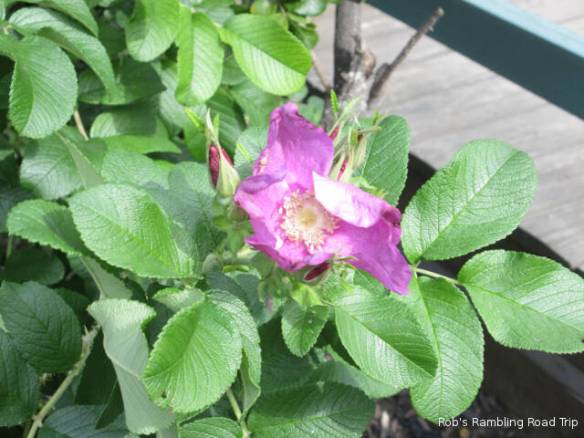 Blossom of the day has survived the cold so far.