Today was a dry and warm day, but the sun didn’t cast any shadows. It was cloudy all day. I finally got a chance to take my bicycle to the Cape Cod canal. 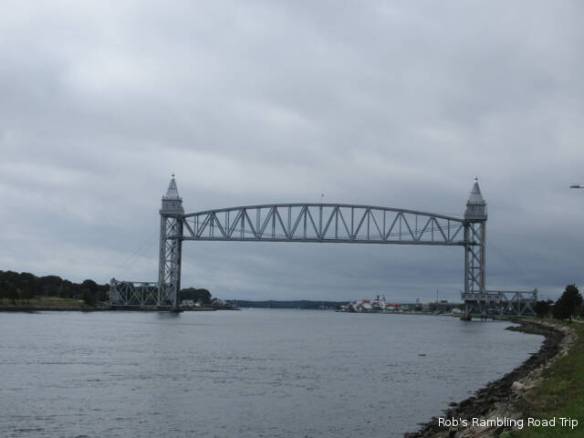 The rail road bridge over the Cape Cod Canal. The weather off the the west and south looks very threatening.

Shortly before noon I drove to the rail road bridge recreation area on the Cape Cod Canal in Buzzards Bay MA. This is the start of the north side canal access road which serves as a great bicycle trail and walking path. It is a little over seven miles long extending to the east entrance to the canal from Cape Cod Bay. I had the bike unloaded and ready to go when my plans went astray. The bicycle didn’t pass a simple safety test. As soon as I got on the bike I tested the brakes and the front break locked up. It wouldn’t release its grip on the wheel rim.

I haven’t used the bicycle in several weeks, probably months, and it is subject to the a lot of weather. The cable leading to the front brake had corrosion inside. I didn’t have any penetrating oil with me so I was limited in what I could try as I attempted to get it working again. After about five minutes it was still locked up tight, so I gave up and loaded the bicycle back on the carrier. My bicycle ride turned into a walk.

I walked about a mile and a half along the canal to the campground I plan to be staying at toward the end of this month. During the walk toward the campground the wind was at my back. The return trip had the wind in my face. Early in the walk the sun threatened to break through the clouds without success. By the time I was on my return route, rain threatened to fall from the clouds. Despite the less than perfect weather it was a good walk. Several small boats were in the canal and there were lots of birds to keep me amused. The pictures that follow are some of the interesting things I observed. 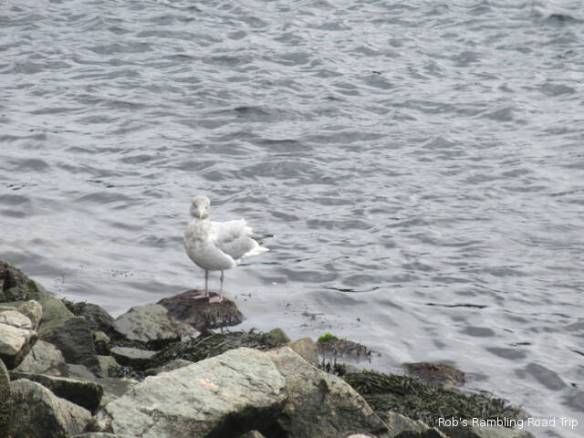 I’m king of the world.

The seagull takes a nap while the other guys dry their wings. 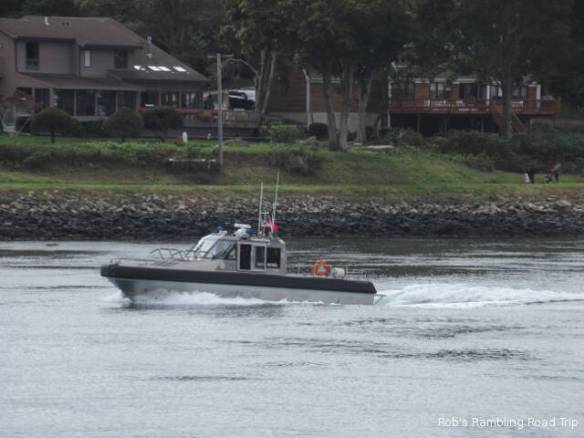 This speed boat was trying to keep under the slow speed limit, but its motor was still very loud.