When I arrived here yesterday, I was looking forward to riding my bicycle along the Cape Cod Canal service road. The weather forecast for today called for rain moving into the area from the north and west. It wasn’t forecast to get here until evening. When I setup on the campsite I didn’t remove the bicycle and rack from the car. I planned to head south another few miles today for a bicycle ride. 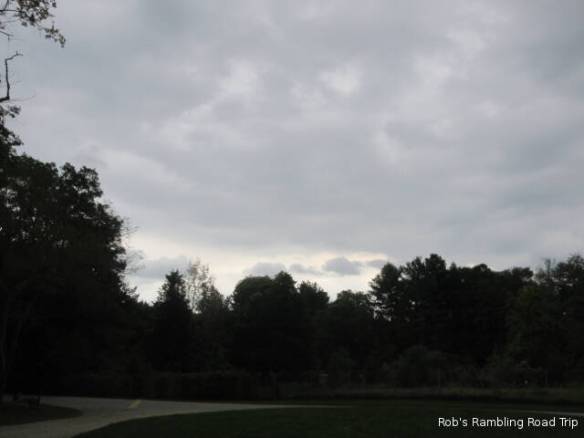 The clouds pushed the sunshine off to the southeast at a rapid pace. Rain follow the clouds into the area.

After breakfast this morning I got the air compressor out to air up the bicycle tires. I also used a can of spray on lubrication to get rid of any rust and grit that had accumulated on the bike since I last rode it. This only took a half an hour or so. As I was putting the air compressor away the sunny skies were giving way to clouds. It was soon raining lightly. I decided to wait it out. I’m still waiting. It has rained off and on most of the afternoon. One forecast says tomorrow morning will be nice, but another calls for the current weather to continue until Wednesday morning. If I don’t get a chance tomorrow, I’ll just wait for a better opportunity. After my two weeks here, I plan to move to a campground right on the side of the canal, so I’ll have plenty of opportunities. The rush to go for a ride is driven by the season. Not only will it get colder as the month goes by, but the facilities along the canal service road usually start to close Columbus Day weekend. It’s hard to believe next weekend is the holiday weekend.

The campground has been quiet today. As expect there are many trailers that have been left for the week. Late this afternoon a fifth wheel trailer arrived for the site next to me and later in the day a big motorhome arrived for the site across the street. I volunteered to move my car so he could get parked without any serious head bashing. Backing a forty five foot coach into a narrow site takes all the available space. The rain only makes it more interesting. This area of the campground is designed for bigger rigs, but it doesn’t have pull through sites. 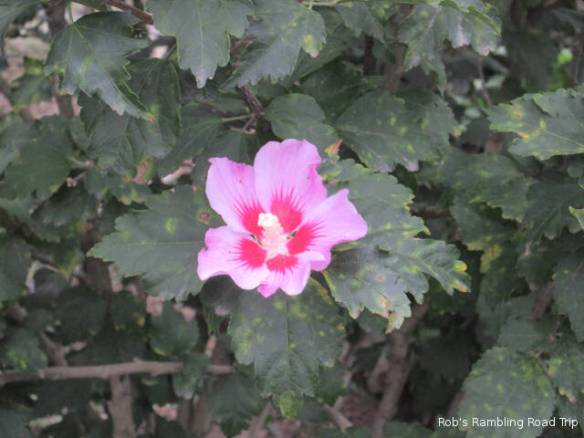 The blossom of the day.