The temperature got down into the thirties in this area last night. In my RV it was around fifty when I got up. Today was not as sunny as yesterday, so the inside didn’t warm up as quickly. I had the electric fireplace on to warm things up quicker. The wind blew strong out of the northeast all day. It wasn’t the most comfortable day outside.

This wasn’t a very good day for sports on television. The New England Patriots were the national game, but I didn’t get to see it. The NFL games in this area featured the Buffalo Bills and the NY Giants. Both teams lost decisively. In other sports, the PGA playoffs golf and the NASCAR race were rained out. Instead of staying glued to the TV, I went to the Eisenhower Lock overlook and watched ships go through the lock.

I watched two ships go through the lock. The first was down bound toward the ocean and the second was up bound toward the great lakes. I could have stayed to see an additional up bound ship, but my camera battery was low, it was cold and I was getting hungry. As it was I was there more than two hours. It takes about an hour for a ship to approach the lock and pass through. The following pictures and captions describe my visit. 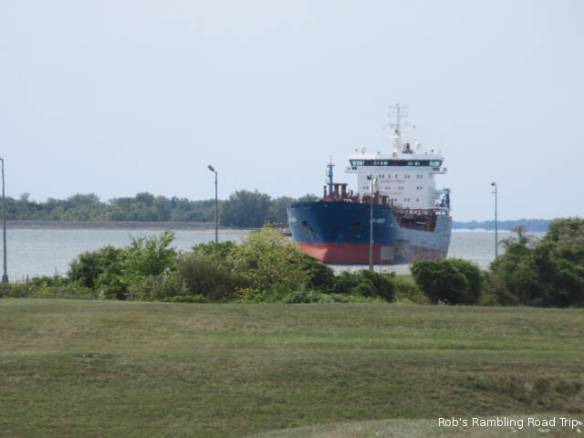 Ocean going ship out of Singapore approaching the lock from the west (upstream). 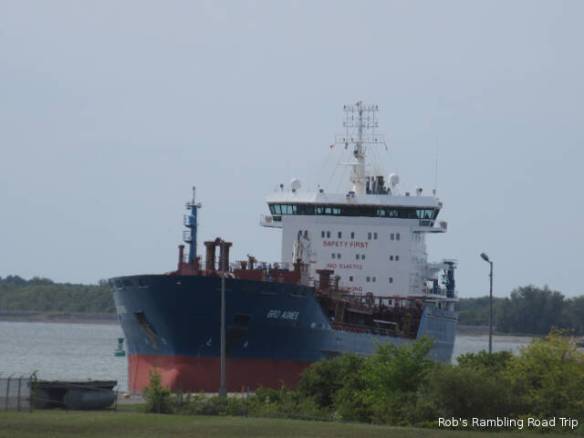 Ship slowed down to “crawl” speed to enter the lock. 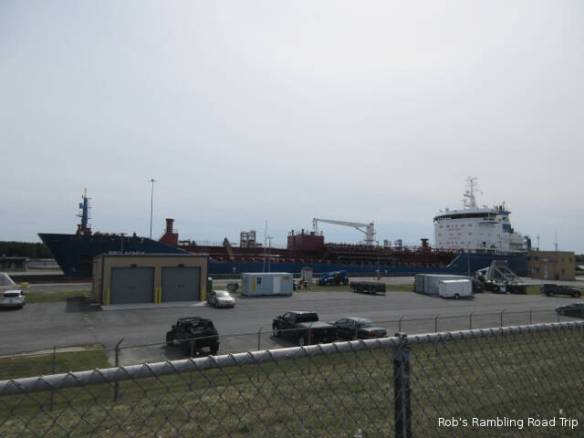 In the lock ready to be lowered. 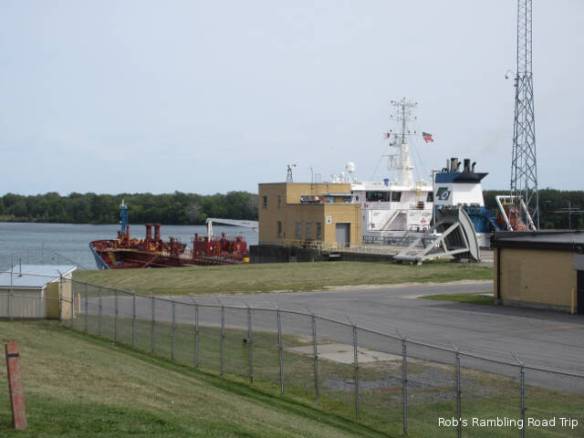 Exiting the lock on the lower side. 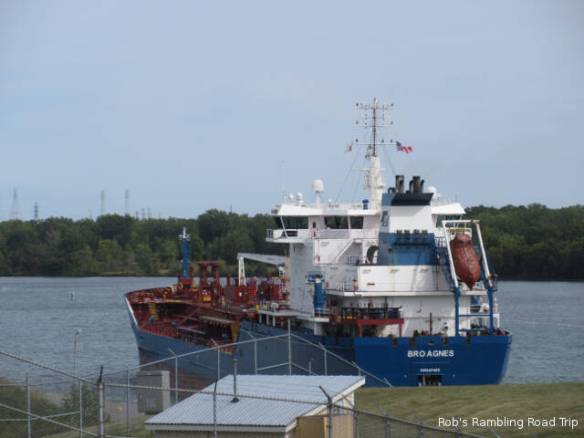 Clear of the lock and picking up a little speed. 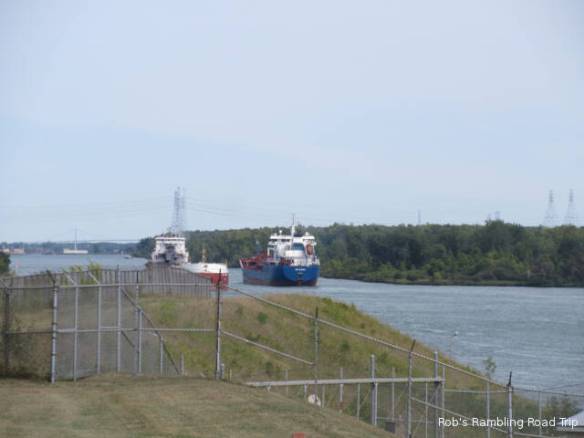 The down bound ship passing the up bound ship that will replace it in the lock. 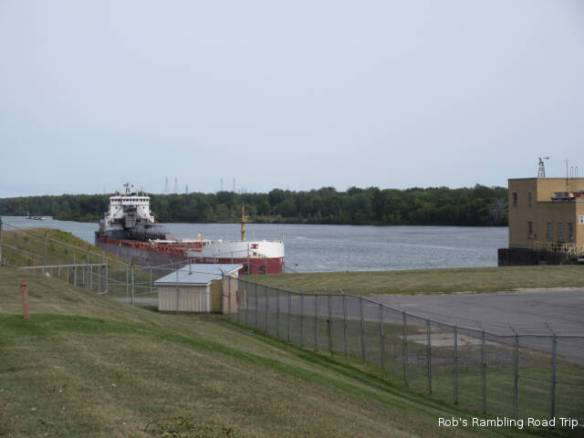 Up bound Canadian Lake freighter slowed to ease into the lock. 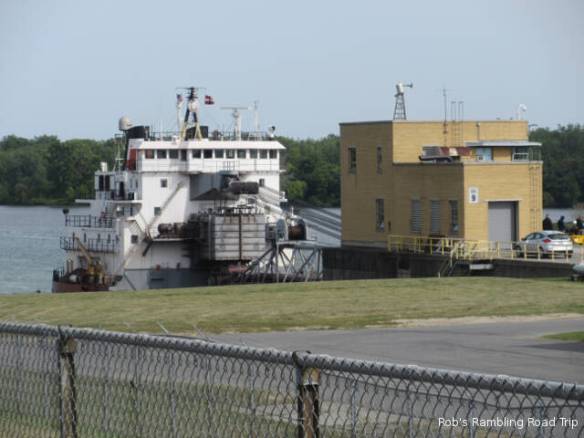 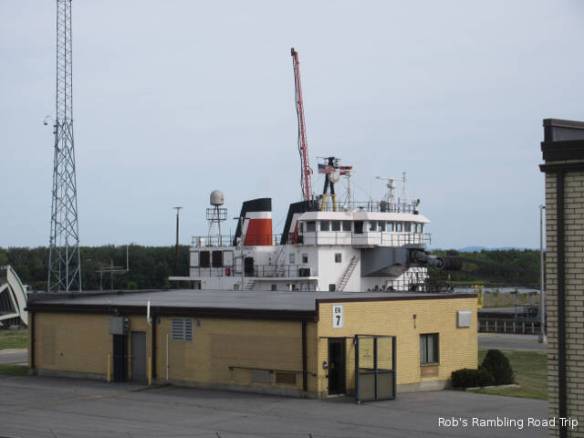 The CSL Niagra is 225.5 meters long. It barely fits in the lock. The marker gate in front of the lock doors couldn’t be lowered because of the ship’s length. The marker gate is the tall red thing that towers above and behind the ship. 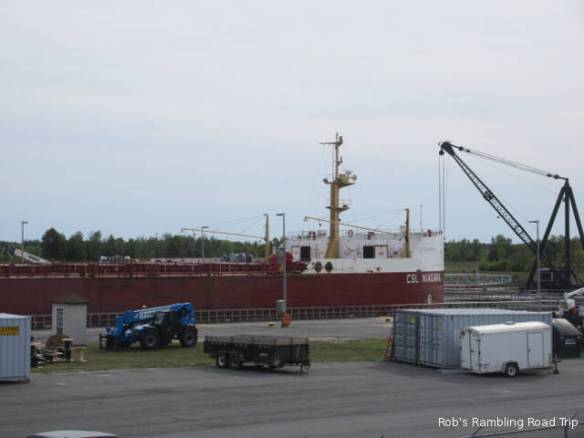 Ships bow after it has reached the outbound height.

Ships stern and pilot house area after it has reached exit level. 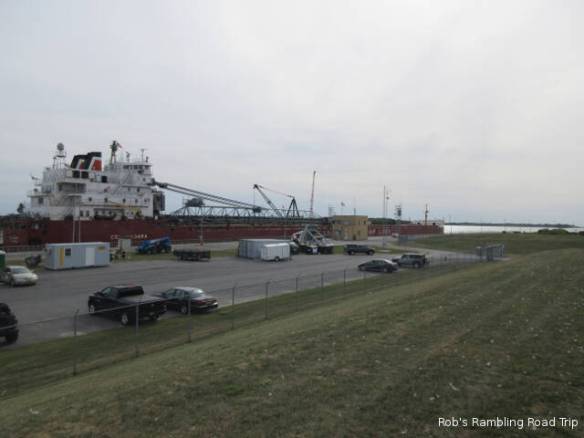 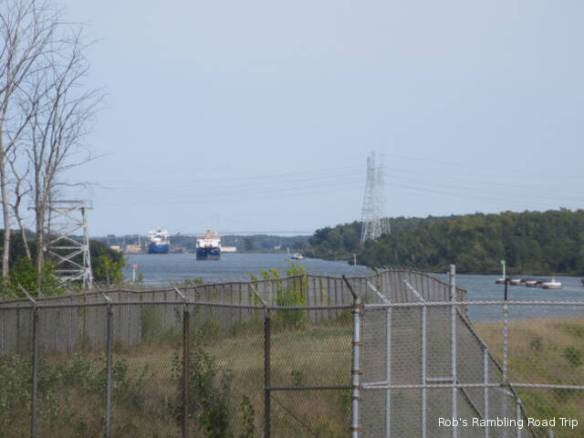 Another ship up bound following the Niagra. I didn’t wait for this one.