Today I went back to Bok Tower in Lake Wales Florida. This was the last rain free day forecast before Easter, so I hoped to see the gardens and hear an Easter themed carillon piece. Unfortunately, the live carillon music is only this coming weekend, but the gardens were enjoyable.
In my February 16th blog entry I provided some background about the tower and gardens. On that visit varieties of Camellias were the primary flower in bloom. This time around azaleas were the most prominent blooming plant. They provided a nice background of color for the walk up the hill to the tower.

The work on the tower and gardens has made progress over the last month. The work on the tower has been completed and the construction staging has been taken down. The work by the stone masons on some of the display areas around the new visitors center has been completed. Additional work remains on other areas of the walkways. It appears that the work will continue for most of the year.

Azaleas line the paths in the gardens 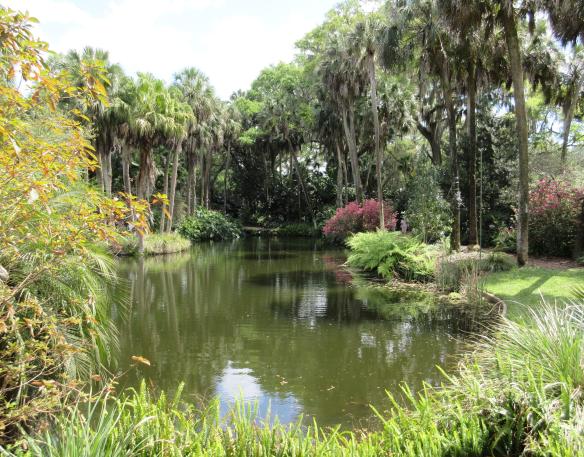 Pond in front of Bok Tower

All of the azaleas were at their peak of bloom, but they were a bit scraggly. My guess is that weather conditions did not allow a good thick bloom. Never the less, the pinks, reds and whites lined the trails nicely.
While I was waiting for the recorded carillon performance at 1PM, I was entertained by a heron. I think it was a Tricolored Heron. It was smaller than a Great Blue Heron and seem to have richer blues and some yellow. I followed this bird all the way around the tower taking picture after picture. It was very comfortable around people. 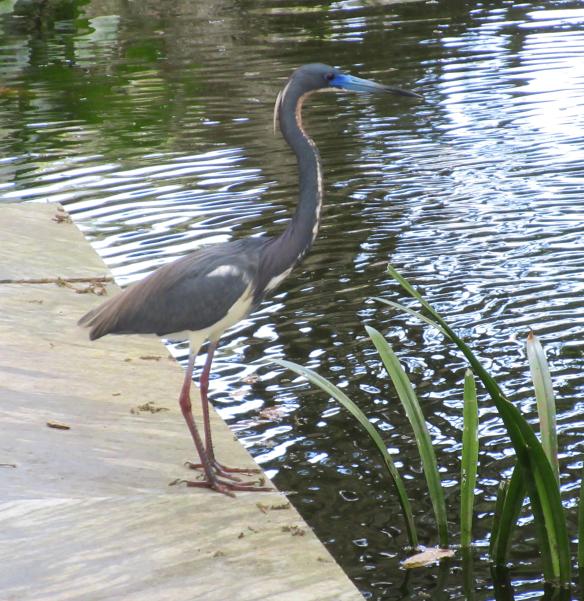 All of the pictures I took at Bok Tower today are available in a shared google photos album. Putting the photos on google is something new I’m trying. Unfortunately I don’t have unlimited bandwidth on my cellular internet connection.