The Rambling Road Trip resumed today. I returned to my RV home in Florida from the remnants of winter in the northeast. There were seasonal temperatures in New Hampshire today following a spring snow storm yesterday. The temperature in Orlando was 70 when I arrived, lower than the average.
The flight back had more preschool age children on it than I’ve seen before. I don’t know if it’s Easter or the theme parks that are drawing these young families to Florida. Many of the kids are to little to remember anything about the trip, but the parents were taking to them about Disney. My guess is the parents are here for the theme parks and the kids had to come along. No way is a kid that can’t even talk yet going to get anything out of Disney.
I just put my ear buds in and listened to podcasts while watching the miles slip by on the ground. We landed in Orlando 20 minutes early. I got my carry on and headed for the parking lot shuttle. No muse, no delay, I was on my way back to the RV.
The rest of the day involved a couple of runs for groceries. The primary purchases were at the neighborhood Publix supermarket, but later in the day I went out to Walmart for a couple more things. Overall, I didn’t buy a lot of stuff just basics like bread, milk and OJ.
The Walmart trip was more of an excuse to get out than necessity. I went to the Walmart over near Disney Springs and, of course, I had to stop at the Springs. It was crowded as I’m sure all of Disney is this week. I indulged in a Hot Fudge Sundae at Ghirardelli’s Ice Cream shop. It took forever to get it, and it cost a fortune, but it was good. That’s what counts.
While walking off the sundae, I saw a number of birds that hang around the lake. One family of ducks shows that spring is here and the birds have been busy. 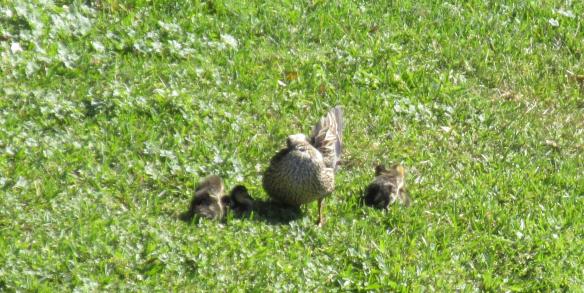 Mama Duck and her crew 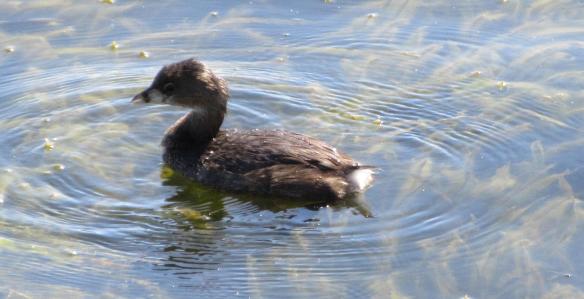 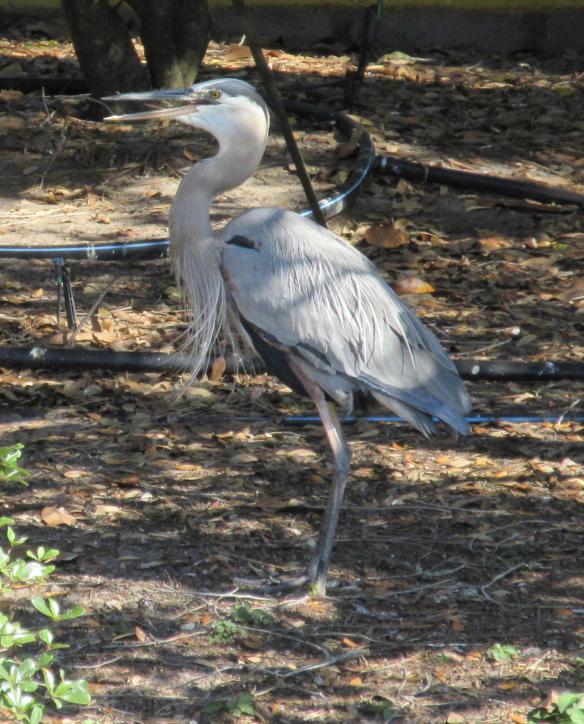 I only have another couple of weeks in Florida before I start to work my way back up the east coast. The to do list items I got done during the last week will allow me to take my time going north. Unlike the quick trip of less than a week coming south last fall, I will take two or three weeks to get back to New England.