It was a calm cool night, but when the sun came up over the eastern horizon so did the wind. The temperature topped out a little over seventy with a strong wind out of the north. It was a nice day but apparently cooler than the norm for this time of year. 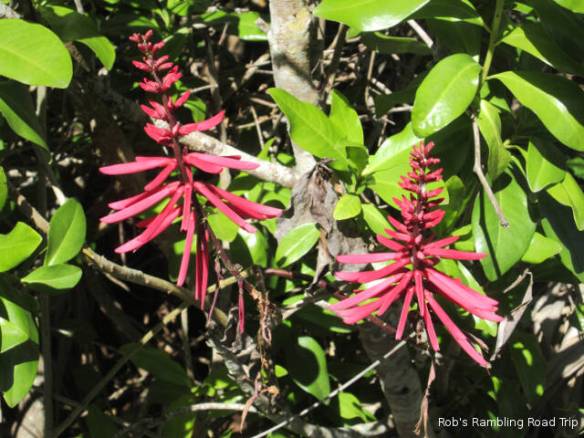 I made a brief foray into town this morning to run some errands. The rest of the day was spent here at the campground or on the beach. I took a walk south on the beach about a mile. It was near high tide so at times the available beach was only forty or fifty feet wide. I judged it too cool to walk barefoot in the surf, so I was walking a crooked line avoiding the breaking waves. Most of the people on the beach this morning were walkers. A few people were taking the sun and a few little kids were testing their bravery in the last few inches of the breaking surf with their parents anxiously watching. 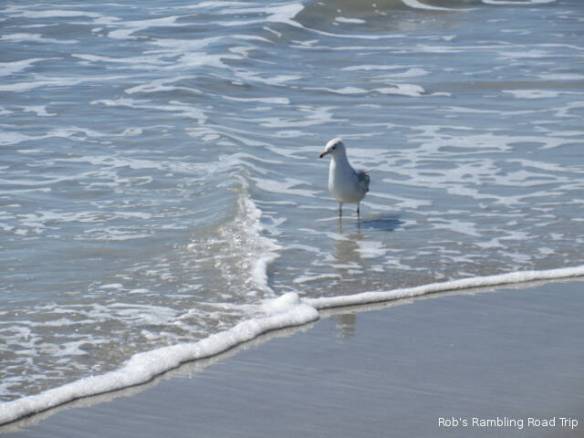 Watch out for the wave. 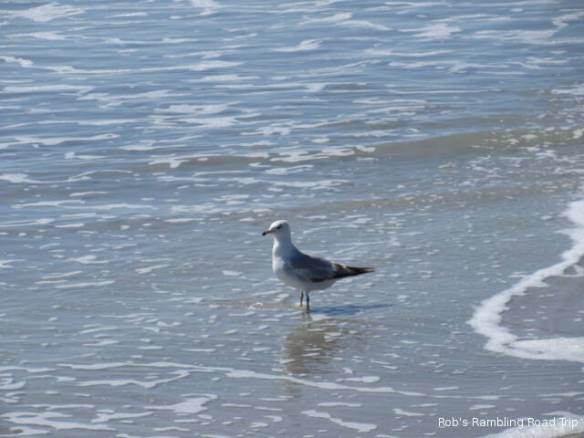 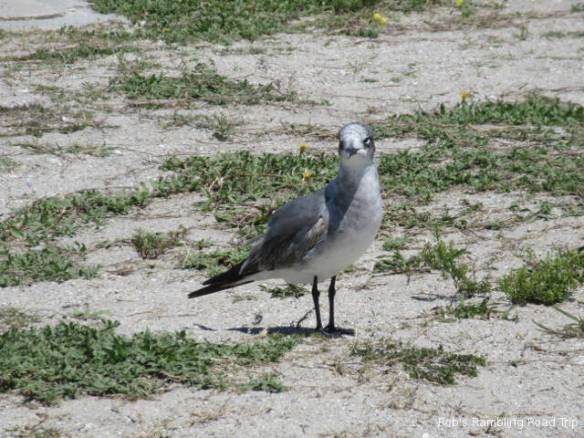 Who are you looking at?

The public beach is only a few hundred feet at the northern end of the beach near the entrance to Port Canaveral. After that the shore is lined with time shares and condos. They all have gated access to the beach. The next public access is at Cherie Down Park about three quarters of a mile south of the port. Once you get far enough south near Cocoa Beach there are more roads that end in beach access. Tomorrow or Thursday I may walk all the way to the Cocoa Beach pier. I think I was about half way there today.

Later in the day I returned to the beach at low tide. It would have been a far easier walk on the wide expanse left by the receding tide, but I wasn’t prepared for the weather. It was getting even cooler as the sun got lower in the sky and I didn’t have my sweatshirt. The next couple of days are going to be warmer so I will have other opportunities. 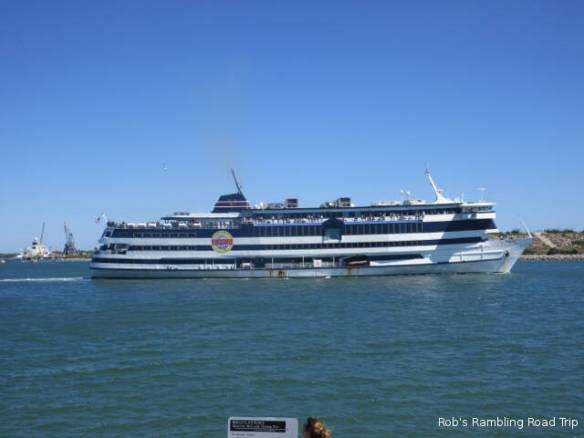 Casino ship on its way out for a gambling session. 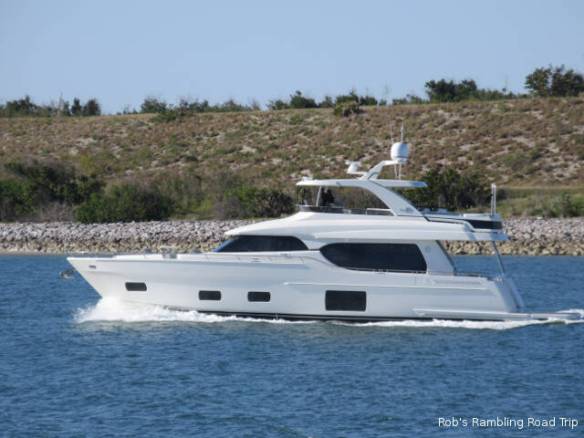 As far as ship watching today it was a very memorable day. The biggest ship I saw was the casino ship. It goes out once in the morning for about four hours and again in the evening. I’ve seen it many times so I don’t get excited. Watching the Navy patrol boat guarding the Submarine dock or the Coast Guard caution fast moving private craft to slow down are more interesting things to observe.

I keep watching the water for dolphin or other big sea animals but all I’ve seen so far are birds. The gulls and terns are all over the place and the pelicans are here too. The interesting thing is the pelicans seem to move in groups traveling in formation. Most of the pelicans you see are in groups of four or five.