Today I drove about 80 miles to visit Bryce Canyon National Park. It is very picturesque drive over the mountains on to the high plateau that Bryce Canyon sites in. I got there shortly before 11am to find that today was a Fee Free Day at the National Parks in celebration of the National Park Service Birthday. Since I bought a year long pass earlier this year this didn’t impact me financially, but it raised some concern about volume of visitors in the park. I don’t think that fear was realized, as I had no problem with parking or crowds.

I took around 400 pictures. Some of the better pictures are included in this blog post. All of them will be uploaded to a Google Photos Album once I get good internet connectivity.

My touring plan for the day was to walk sections of the Rim Trail around the amphitheater. I visited the park once before on an overnight trip from Las Vegas. That trip was in November and snow covered most of the Rim Trail so I was restricted to the observation areas near the parking lots. I started my exploration near the North Campground and walked along the canyon rim to Sunrise Point. That’s where my touring plan went bust. Instead of continuing along the rim to Sunset Point, the sirens song of the Queens Garden down in the canyon called. 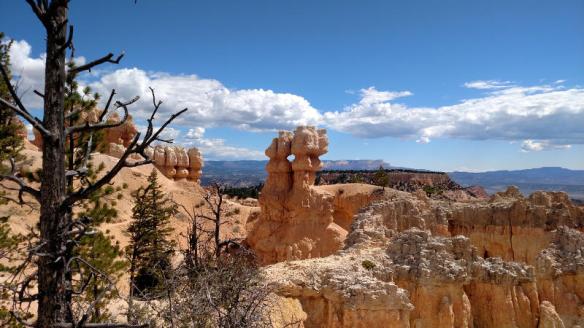 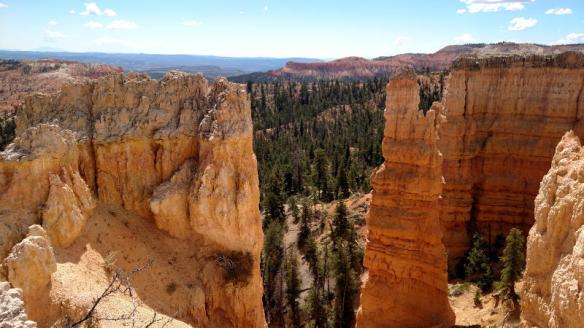 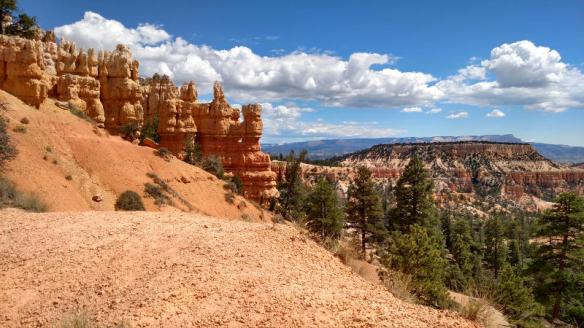 View of the Queens Garden from the Rim at Sunrise Point

The trail down to the Queens Garden was advertised as eight tens of a mile long and 320 feet of elevation change. For some reason I didn’t thing that sounded too bad. Never mind that 320 feet is a thirty story building. Two hours later I was back at the rim after visiting Queen Victoria on top of a hoodoo near the bottom of the canyon. The walk through the rock formations and hoodoos was magnificent. I didn’t continue my hike along the rim trail. I went back to the car for a late lunch and decided to call it a day.

It doesn’t sound that difficult. Three hundred and twenty feet of elevation is significant.

The trail is wide with lots of switchbacks most of the way. 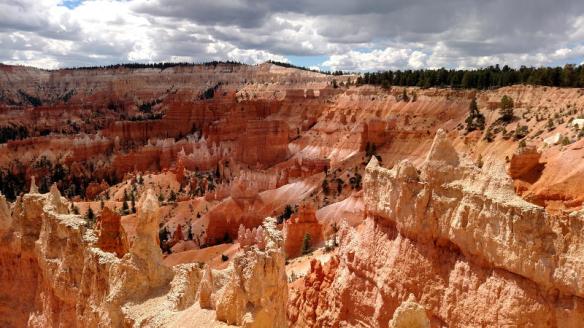 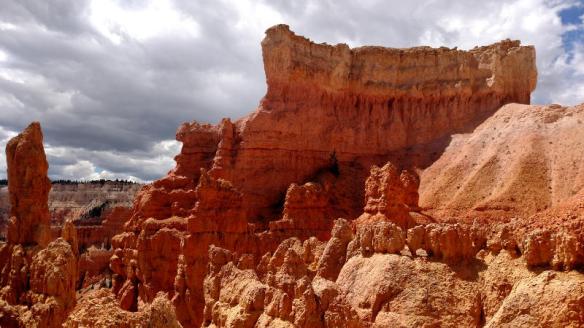 Soon the fins and hoodoos are above your view instead of below it. 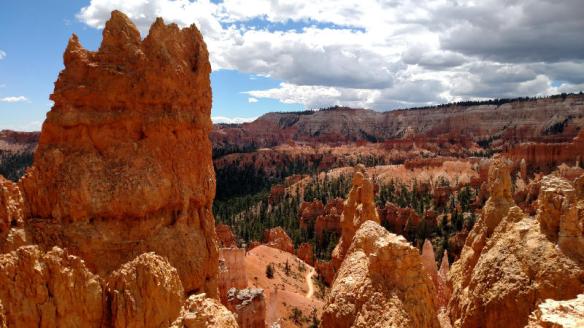 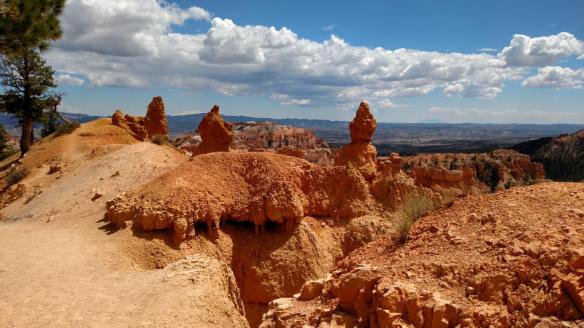 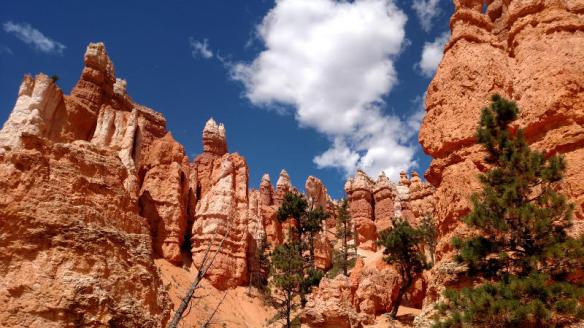 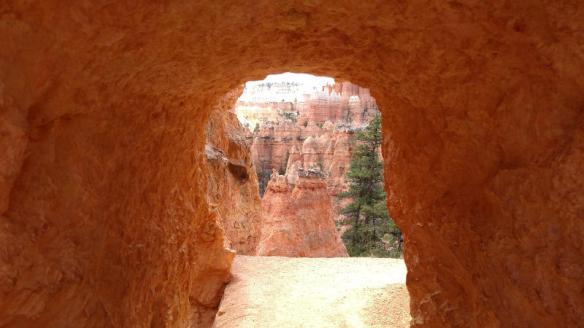 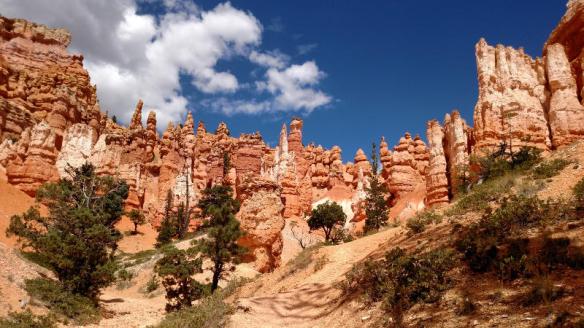 Queen Victoria on the hoodoo on the right. 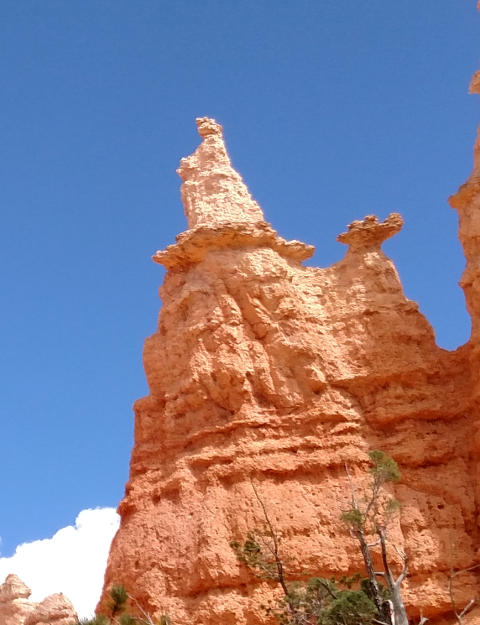 Zoomed in view of Queen Victoria.

Back near the top of the trail and the rim.

I don’t think I’ll return to Bryce Canyon National Park on this visit to Utah, but I’ll be back to see more of park. Hopefully, next time I’ll be able to find a campground closer to the park.