Another spring training baseball game was the agenda for the day. I went to the Minnesota Twins vs. Baltimore Orioles baseball game in Sarasota.
I got there early enough to watch the Twins take batting practice. Some of the players got good wood on the ball, but others seem to have a hard time getting the ball out of the infield. None of the batters tried to hit for power, they were just trying to make contact while in the batting cage.
The game really got the home Orioles fans excited. It was first spring training game the team won. The best they have done in the first 11 days of spring training was two ties. I was surrounded by Orioles fans. Many fans were wearing team colors and one woman even had the team logo tattooed on her shoulder. 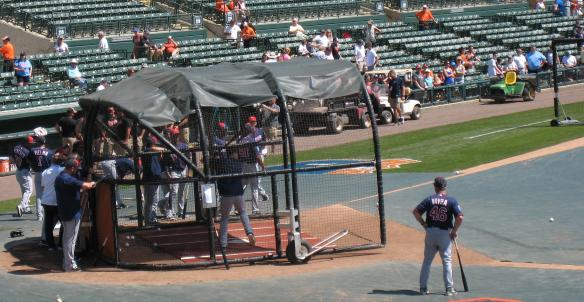 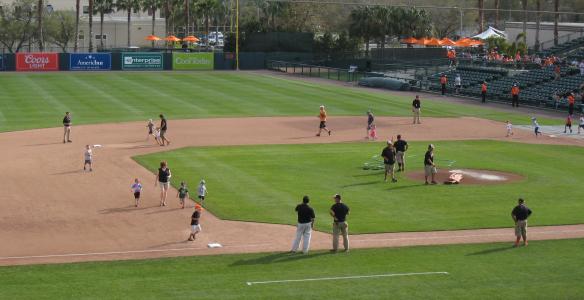 Kids running the bases after the game

After the game the team allowed kids under 14 to run the bases. Some of the kids really got into it, but some parents got into in more. One dad walked around the bases carrying a little girl no more than 2 years old. As he reached home plate he lowered her down to stand on home plate. I’m sure that kid will be told many times as she grows up how “she” ran the bases at an Orioles spring training game.